Writing Her Own Destiny 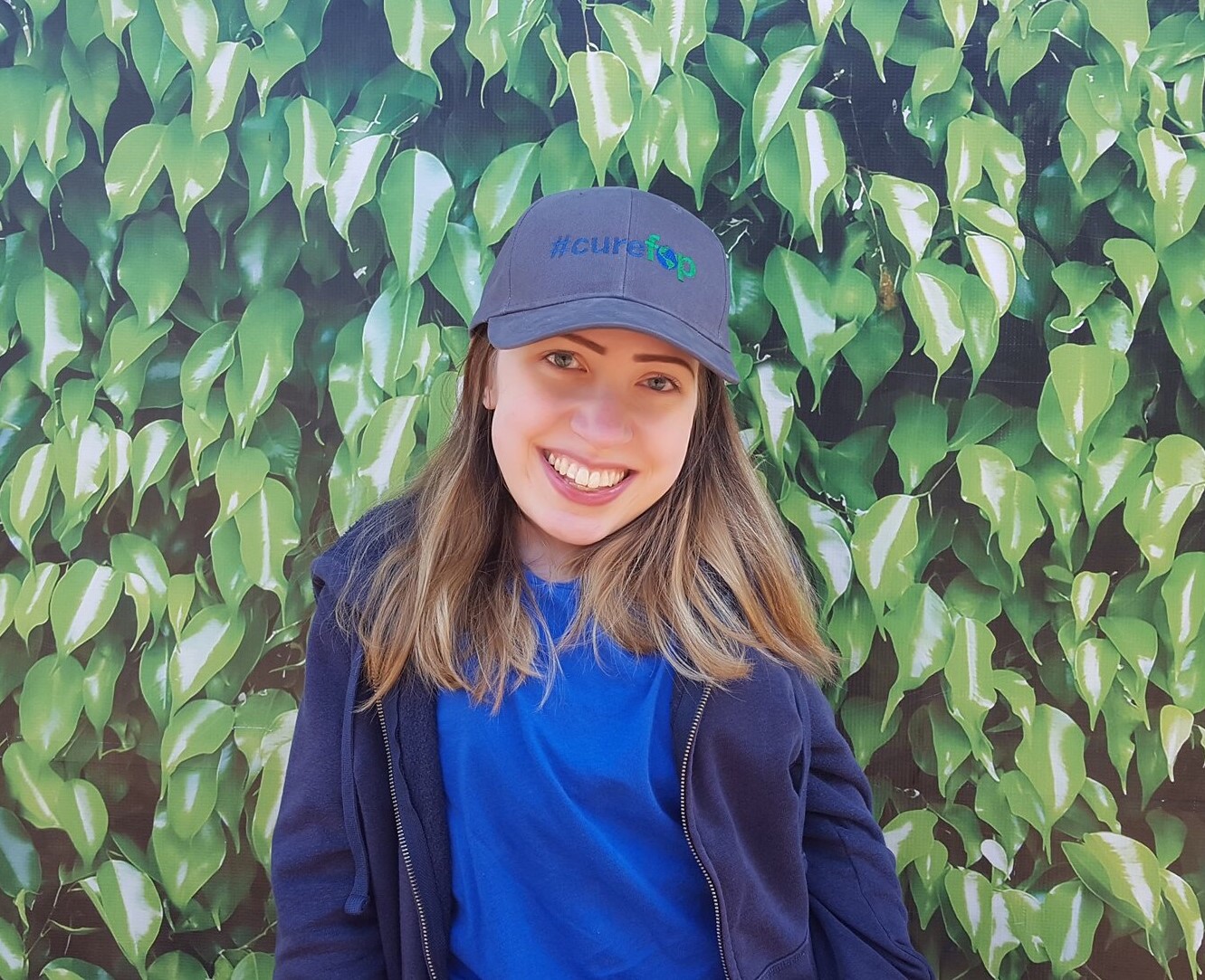 Jasmin Floyd is described as a “ray of positivity” by anyone who meets her. Her shining spirit can be seen in her writing, travel adventures and speaking about FOP. Her passion lies in her blog, One Spirit, Two Skeletons. This is where Jasmin shares her daily life and embraces her story – all the positives and all the negatives.

“The IFOPA is a second family to me. I have grown up with the people in this community since I was diagnosed.”

When Jasmin was born, her parents noticed she had lumps on her skull and tiny big toe. The doctors had several guesses but told her family that she would grow out of it. Her symptoms began at the age of five when she started suffering from a stiff neck. After six months of misdiagnoses, she was diagnosed with FOP.

She currently lives in Connecticut with her mother and her fluffy Maine Coon cat, Prancer. “Prancer brings me so much joy. If I am having pain, he will sit on my lap or be right next to me. It seems like he knows when I need comfort.”

As an advocate for the FOP community, she spreads awareness by speaking about her journey with FOP at events for the public and medical professionals. In 2016, she amplified her voice to the world stage when she was interviewed by CNN Health for a profile feature.

Jasmin recently received the 2017 Jeannie Peeper Award for Inspiring Leadership due to her outstanding work of bringing exposure to FOP.

She is hopeful for a potential cure in the future, but until that time she continues to lean on her family and IFOPA support system during the difficult days. “It is comforting to know you are never alone. Whether it is a new symptom or flare-up, there is always someone who understands what you are facing.”

As her disease continues to progress, Jasmin has been using a wheelchair more often, but that is not stopping her from traveling. “I am determined to continue making crazy plans, taking risks, traveling to new places and having adventures for as long as possible.”