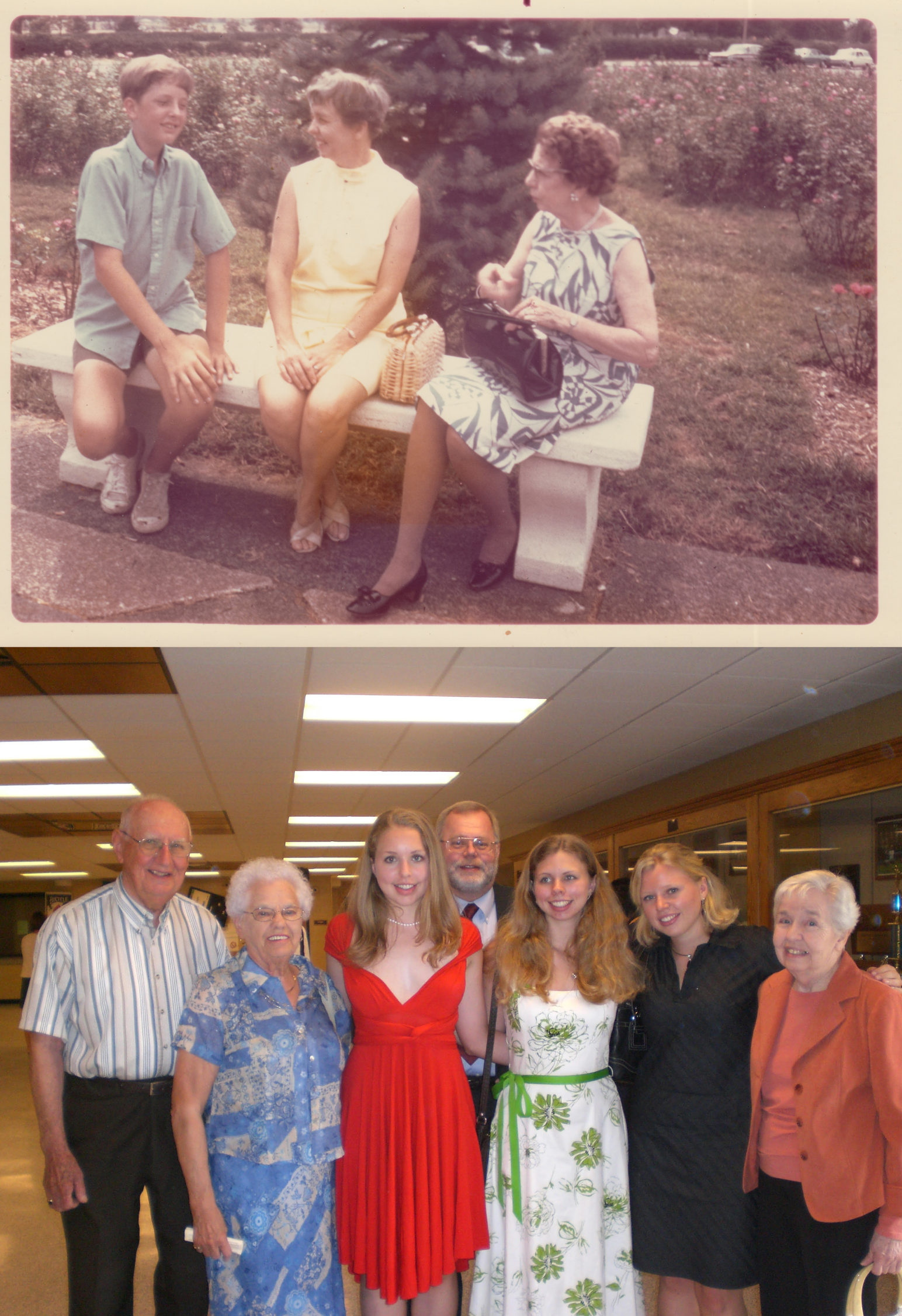 “Mom was totally devoted to John. Her care made all the difference in the quality of his life.”

John Miller was diagnosed with FOP in 1956 when he was two years old—a time when very little was known about the disease or its progression. The doctors at the Mayo Clinic told his parents he probably wouldn’t live past his teens. But John spent the next 60 years proving them wrong.

John’s older brother, Steve, believes it was the combination of his mother’s devotion and John’s determination that gave him so much strength.

“John dealt with pain his entire life,” Steve says. “But you’d never have known it. He took pain pills when he needed, but he didn’t want anyone to fuss over him.”

Stoic is a word Steve uses to describe both his mother, LaVerne Miller, and John in their attitude toward life with FOP. When John lost the ability to walk at 22 years old, his mother continued to provide care for him at home for the next 36 years. It was only when she needed a hip replacement and John moved to the Great River Klein Center in West Burlington, Iowa that she stopped being his sole caregiver.

Steve says his brother was “absolutely passionate” about sports. He competed in fantasy football leagues and usually won. He also organized and ran his own annual fantasy basketball league which he jokingly called the Big Bucks Invitational (BBI).

“Most of the people who participated in the BBI never knew John was in a hospital bed, holding his laptop in one hand and typing using only the thumb of that same hand,” Steve explains. “He knew what he wanted and we could never convince him to get a smaller laptop or iPad. It was a lot of work for him, but he loved doing it and looked forward to it every year.”

John also loved puns and riddles, and he would create long lists of his favorites to share with the family during Thanksgiving and Christmas. Later in his life, John’s left foot developed a serious, chronic sore that just wouldn’t heal. When one of his favorite nurses finally suggested he should consider having his foot removed, John put an end to the discussion by telling her, “But I’m attached to it…”

John’s sense of humor and tenacity endeared him to friends he kept throughout his life. “He made many good friends in high school who visited him regularly and stayed in touch for 45 years,” Steve shares.

When John passed away in 2017, the family asked that gifts be made to the IFOPA. More recently, Steve’s daughter, Molly, learned through Twitter that the IFOPA was in the process of recruiting monthly donors and rallied her family to get involved. Six members of the Miller family became monthly donors in the IFOPA’s Focus on Possibilities program and helped the IFOPA receive a $5,000 matching donation when 24 people became new monthly donors in February 2019. Molly, who is getting her Master’s in Public Health at Johns Hopkins, is now a member of the IFOPA’s Advocacy & Awareness Committee.

“FOP is so rare that for many years, it was hard for us to find much information on it,” Steve explains. “We're donating to the IFOPA so they can help provide that information and support to the individuals and families coping with FOP today.”

When John was a child living with FOP, Steve says he was “determined to be just like any other kid.”

“When John played kickball, he would kick the ball and let another kid run for him,” Steve remembers. In the eulogy at John’s funeral, Steve shared a story their mother had told him. LaVerne and John talked on the phone each morning and evening after he went to the Great River Klein Center. During one of those conversations, John told his mother he’d had a dream the night before that he had died and gone to heaven.

His mother asked him “And what were you doing there?”

To which John replied, “I was running.”

John was determined to be just like everyone else.

To become a Partner in Possibilities as a monthly donor, visit ifopa.org/monthly_giving.

Meet all of our Partners in Possibilities here.