"I wanted to know why medical professionals were not aware of such a severe medical condition, despite the fact it is so rare." 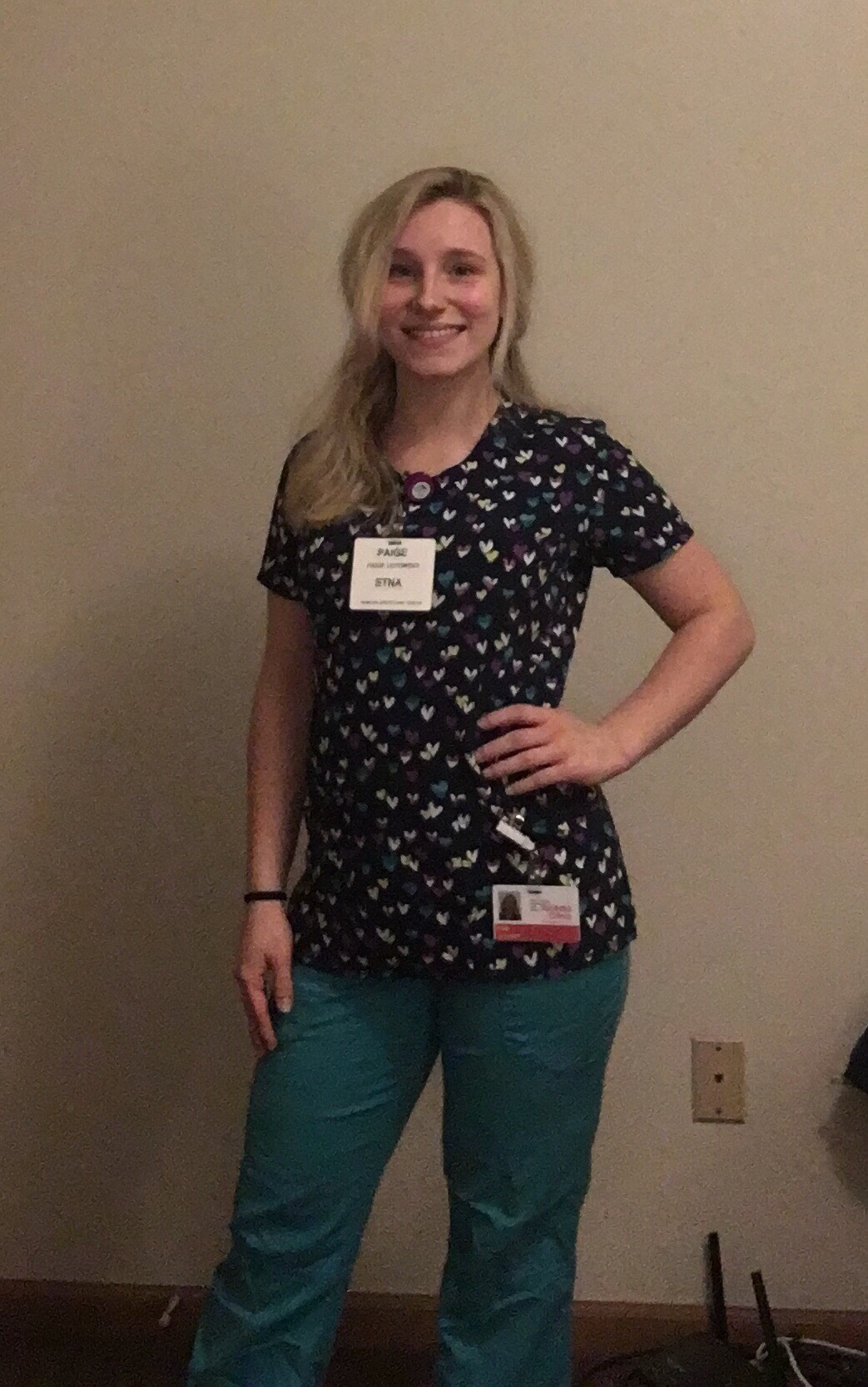 When only around 1 in 2 million people has FOP, the rarity makes it difficult to diagnose and has often led to diagnostic measures that caused unnecessary harm. The gravity of that situation captured the attention of Paige Lepowsky while she was a biology major at Bowling Green State University (BGSU).

“Several years ago I was watching medical documentaries. After finishing one, a documentary on FOP from 2009 called ‘Mystery Diagnosis: The Girl Who Couldn't Move’ began playing. I watched and wondered how many people today were aware of FOP and how far research had progressed since this profile of Ashley Kurpiel’s case,” said Lepowsky.

Later, Lepowsky asked a family practitioner she worked for if he knew about FOP. It was clear he had never heard of it. After becoming a state-tested nursing assistant, she asked the same question of doctors and nurse practitioners she encountered. All of them lacked knowledge of the disease.

“Honestly, I was flabbergasted more people were not talking about FOP, while the general public was more aware of other rare diseases such as progeria,” Lepowsky said. “I found this puzzling. I wanted to know why medical professionals were not aware of such a severe medical condition, despite the fact it is so rare. I also wondered how I could help educate the medical community first, and then hopefully the general public later on.”

Lepowsky dove into researching FOP and was stunned by the rate of misdiagnosis due to patients not being fully examined for FOP because of the lack of awareness. She also grew concerned about the damage caused by exams, surgeries and other procedures when health care providers were not aware that an individual had FOP.

In the honors college at BGSU, one of the last graduation requirements was for Lepowsky to work with two faculty on a project of her choice. She researched and wrote a lengthy report, "The Future for FOP Patients: The Sociological Impacts From a Lack of Awareness and a Plan of Action to Raise Awareness." It examined awareness of FOP in the medical community and ways it might be improved using the Center for Disease Control and Prevention model, CDCynergy Light, that incorporates social marketing strategies. She also created a brochure which she printed and distributed to approximately 50 hospital and pediatric practices in the region around BGSU.

Now a graduate of BGSU, Lepowsky is preparing for the next steps in her education and career and wants to continue growing as an advocate for the FOP community.

“As a future physician assistant, I hope to become involved with the IFOPA and educate fellow medical professionals about FOP so the rate of misdiagnosis and iatrogenic harm in FOP patients can decrease and people recognize the need for more research on the condition,” said Lepowsky.