Turning the Page on FOP

“Reading gives us someplace to go when we have to stay where we are.” – Mason Cooley 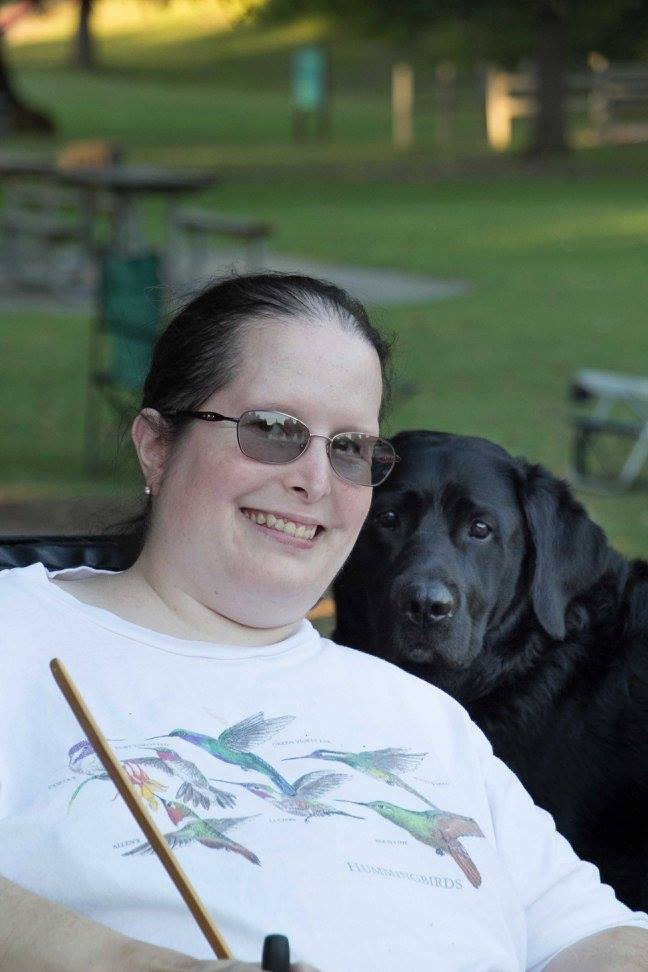 Miriam Rocke has taken countless adventures through the pages of books from a young age. “When I wanted to ignore the scary reality of FOP, I would dive into my books,” she says.

When she does not have her nose in a book, Miriam can be found crocheting, knitting or singing. Through her parents’ folk dancing, she sang in an Eastern European folk group. “Singing is good for people with FOP because it helps with breathing and respiration.”

“I was born with the classic malformed big toe – missing a joint and bent inward. The doctors said ‘Huh, that is weird,’ and moved on,” Miriam says. At the age of 10, her first noticeable FOP symptom occurred when her family was on vacation in Chicago. Her left hip locked up and would not straighten out. Her parents rushed Miriam to the local children’s hospital in worry.

The doctors ran several tests and scans when they found a baseball-sized lump on her left hip, which they assumed was cancerous. Even though a biopsy revealed her lump as benign, Miriam began chemotherapy. Then the doctors decided the best option was to surgically detach the muscle completely through a hip release procedure.

Two surgeries later, Miriam continued to have health problems including large lumps on her back and her hip locked again. “There were several years of not know what was going on. It was obvious something else was occurring.”

Her family traveled to the Mayo Clinic where she was finally diagnosed with FOP at the age of 13.

“The IFOPA does a lot of research, but the significance for me is the community. We share everything from resources to types of modifications. Once someone even gave me a hairbrush with an extended handle when he could no longer use it,” Miriam says.

“There are a lot of people working on finding a cure for FOP, which is really incredible because rare diseases do not always get that attention. That gives me hope for the future.”

As Miriam waits for that desired day to arrive, she continues to lean on the IFOPA community and her family. Even though it is now physically easier to read her favorite science fiction and fantasy novels from a kindle, her quests have only just begun.

“I am still a person. FOP may threaten my body, but it has not taken over my life,” concludes Miriam.