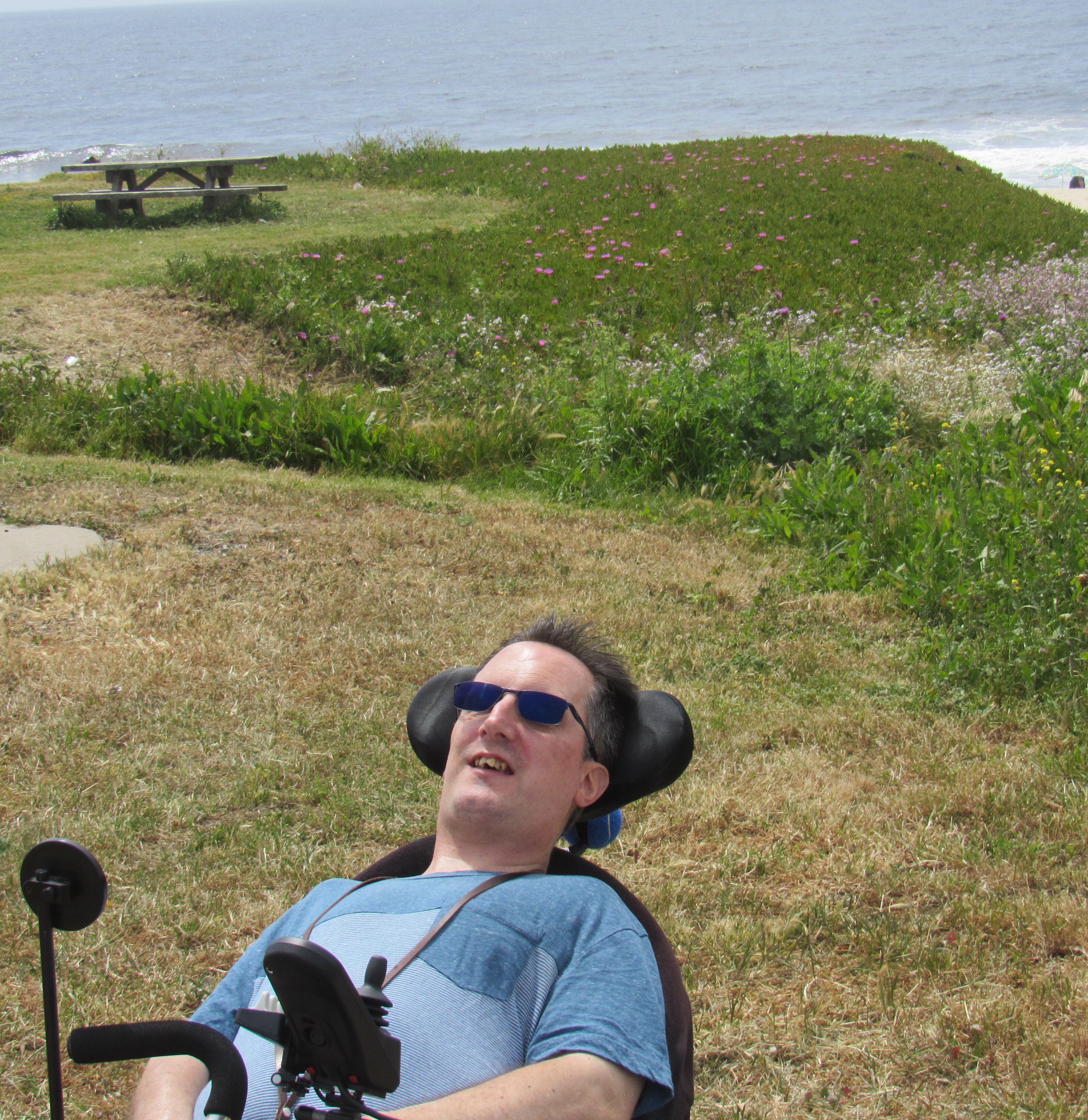 Serendipity brought Shay Williams to his current job with Educational Testing Service. “My mom found a small ad describing the position in the newspaper,” Williams said. “That was 15 years ago. I’ve built my career there…it’s been a great fit for me.”

As a grader, Williams reviews tests in a wide range of subjects, including English as a Second Language. He said, “I really enjoy the variety of my job, and seeing the growth students show from the beginning of a term to the end.”

Williams has always had a passion for academia. He earned his undergraduate degree in business administration, and went on to obtain a master’s in public administration.

He currently lives in Berkeley, California. “I went to school there, and everyone was so accommodating. It felt right to stay,” he said.

Building a meaningful career has always been a priority for him, so Williams struggled with the knowledge that FOP would eventually limit his independence.

Even though his FOP has progressed to the point that Williams now needs a wheelchair, he has made adjustments that enable him to continue working. His current position is part-time, and based out of his home. He feels fortunate that his employer understands his unique health needs, especially when flare-ups happen.

An active member of the FOP community, Williams has attended several IFOPA meetings and gatherings, including the International Symposium in Philadelphia in 2000, and the Family Gathering in San Francisco in 2017. He is grateful for the support and friendship of his fellow FOP’ers, and the entire FOP community.

“Some people don’t want to give you a chance. The IFOPA provides the opportunity to be part of a community, and helps FOP’ers contribute in meaningful ways.”