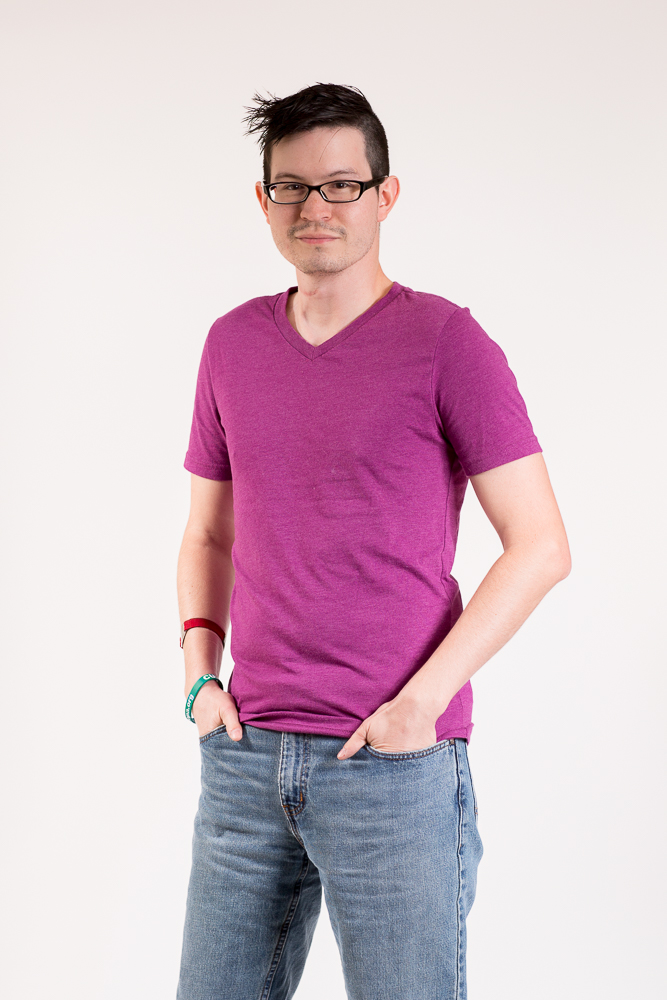 “I wish people would look beyond the disease and see us as people. FOP affects our bones – not our brains. We’re just as sharp and bright as anyone else.”

Andrew Davis, 29, of Birmingham, Alabama, has a mild case of FOP, which has brought special interest from researchers and scientists looking to understand the FOP gene.

He remembers waking up on a Wednesday morning in the fall of 2007 with his neck hurting, and a few days later feeling the side of his neck below the collar bone bulging out. His ENT believed he might have Fibromatosis, so he had surgery on his neck a few weeks later.

When the problem returned a year later, he was referred to an oncologist, and eventually in January of 2009 to a geneticist, who finally diagnosed him with FOP at 22 years of age.

Andrew remembered “Googling FOP, and being terrified by the search results.”

But his life has remained relatively the same after his diagnosis. The biggest side effect he experiences is stiffness, particularly in his right shoulder.

Andrew now holds degrees in theater and computer application from the University of Alabama. He works for a biometric screening company in Birmingham and as an Interim Elementary PE Coach at Kingwood Christian School.

He says his parents, Mark and Lorna, and brother, Micah, push him to always have a positive attitude.

“My dad should have the Dad of the Year award locked down,” he joked.

In 2016, Andrew spoke on a patient panel at the FOP Drug Development Forum and attended the FOP Family Gathering in St. Louis, where he enjoyed making new friends and learning from leading FOP experts. In January 2017, Andrew joined the IFOPA’s Board of Directors.

“The community is fantastic. It’s really opened my eyes – I knew before that I wasn’t alone, but I felt alone.”