We are pleased to announce the 2016 Jeannie Peeper Award Winners! The Peeper Awards recognize those who have made exceptional contributions to the worldwide FOP community through their leadership and service in raising FOP awareness, supporting patients and families, and raising funds to support the IFOPA’s vision to cure FOP. This year’s winners join 27 other individuals and groups who have been honored with this award since 2010.

Congratulations to the 2016 winners whose gifts of time and talents have made an incredible impact on the FOP community! We’re excited for you to learn more about them through the stories below. 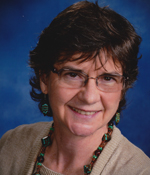 Marilyn’s daughter, Sarah Steele, was diagnosed with FOP in 1985. Sarah was three months old. For six long years, Marilyn’s family was alone and isolated, relying on local doctors who had never seen FOP before. Then, in 1991, Sarah’s doctor wrote to the National Institutes of Health (NIH) and learned of a new patient group, the International FOP Association (IFOPA). Marilyn remembers, “My husband and I talked to Jeannie Peeper. It was life-changing, Jeannie said, ‘FOP isn’t the end of the world.’ We were no longer alone.”

Marilyn served on the IFOPA Board of Directors from 1994-2006 and 2011-15, at different times chairing two committees and serving as secretary, vice chair and board chair. She conducted workshops at FOP Symposia and co-authored, with Sarah, the FOP children’s book, What is FOP? Questions and Answers for the Children.

Marilyn is most proud of the FOP children’s book and of helping establish the L.I.F.E. Committee and Quality of L.I.F.E. Award, a scholarship that provides equipment and training to improve independence for people with FOP. She is also proud of having served as board chair.

Marilyn is amazed by how much is now understood about FOP, and by how many groups are working to find a treatment. “At the beginning of our FOP journey, we were told that FOP is so rare, nobody was interested in studying it. Now the gene has been identified and many pharmaceutical and biotech groups are involved in drug development for FOP. Seeing meaningful treatments on the horizon gives me hope.”

Thanks to the Internet, the isolation of having FOP is over. Families are quickly referred to Drs. Kaplan and Pignolo at the Center for Research in FOP and Related Disorders. Marilyn says, “I hope that in addition to finding clinical care, families will join the IFOPA and connect to the FOP community. Meeting others with FOP was the best thing that happened to our family. We have found comfort, strength and hope in the FOP community.”

Marilyn and her husband, Rick Steele, have three grown children. Marilyn lives with Rick and Sarah in Redmond, Washington. She holds masters’ degrees in divinity and public health and works as Outreach Manager in a research center that studies human health at the University of Washington.

The International FOP Association appreciates Marilyn’s 25 years of involvement and service and is thrilled to have her representing the United States on the International President’s Council. 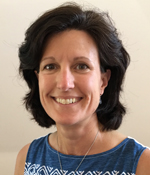 Wendy Henke was in 8th grade when on a class field trip she saw an exhibit at Philadelphia’s Mütter Museum that was etched forever in her memory. “It was a human skeleton connected without pins and wires, but standing upright . . . I read the plaque . . . Harry Eastlack’s bones had fused together.”

More than two decades later, Wendy’s youngest son, 6-year-old Justin, was diagnosed with FOP. Despite having been evaluated since birth for peculiar abnormalities by the chief of pediatric orthopedics at an internationally renowned medical center, Justin’s condition had eluded everyone. (There were even other FOP patients at this very institution.) On April 23, 2006, Wendy serendipitously clicked on an article about a groundbreaking discovery in the so-called ‘stone man disease.’ She immediately suspected that Justin was a sufferer, and after contacting Dr. Fred Kaplan, the condition was confirmed.

As a former classroom teacher and marathon runner, Wendy was adept at conducting personal and community fundraising events. She began devoting more of her time and expertise to raising two things for the IFOPA: funds and awareness.

In the years since Justin’s diagnosis, Wendy and her husband Kevin have conducted annual events, both large and small, in which hundreds of family members, friends and neighbors have taken part. Her favorite by far is gathering ‘Cure FOP’ teams to participate in the annual Delaware Marathon, which attracts thousands from near and far.

And Wendy remains a tireless advocate for raising awareness about FOP’s telltale sign of symmetrically malformed big toes. She even created a captivating business card featuring a photo of the digits and a headline that parodies a familiar children’s nursery rhyme . . . This little piggy went to the doctor.

Spurring one another on, the Henkes are grateful for all the different ways IFOPA members support one another and contribute to the mission of finding a treatment and cure for FOP. “Together, we can move mountains!”

The International FOP Association appreciates Wendy’s tremendous efforts over the last nine years to fundraise and raise awareness of FOP. 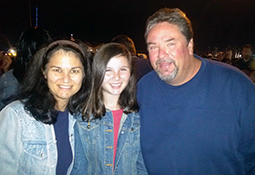 Year after year, Lori and Ken Danzer have organized numerous community fundraising events benefiting the IFOPA. Since 2009, their efforts have contributed an amazing $230,000+!

“We started out helping the Snow and Eckart families in Santa Maria,” Lori says. “We would sell their event raffle tickets here in San Diego, then take the proceeds to add to their fundraising totals.”Eventually, with some “amazing help from friends, colleagues and neighbors,” the couple began organizing their own annual ‘Erin’s Day’ golf tournament near their hometown of Oceanside, California. The first year yielded $75,000.

The Danzers’ 18-year-old daughter Erin was found to have FOP when she was 10 months old. Dr. Marilyn Jones, a geneticist at Rady Children’s Hospital in San Diego, connected the dots between the baby’s previous disparate diagnoses and newer symptoms to correctly identify FOP as the single cause for her increasing problems.

Ken and Lori were put in touch with Jeannie Peeper at the IFOPA and began to network with the few California families who share their plight. Over the years, Lori has helped educate neighbors and friends about FOP. She was featured on a local ABC News program and has helped getting several newspaper articles published to spread awareness of the disease.

Lori’s words of wisdom for patients and families newly diagnosed? “It’s important to be able to see that even though it might feel like the end of the world, it’s not. I am completely in awe of how amazing our FOP community is — they know what you’re going through. They get through life with conviction and hope. Get involved online and at some functions, and know that there are caring, knowledgeable doctors who can answer your questions.”

Lori’s family makes it a point every day to say, “Today is a good day,” so that they can appreciate each day and not dwell too much on an uncertain future. They have great hope because of the amazing advances happening in recent years, looking forward to the day when Erin and everyone with FOP will “be free, unlocked, no longer be held hostage by their own bone.”

For the coming year, the Danzers are considering holding a Casino Night and Beer/Wine Tasting event at San Diego’s Village Nurseries, where Ken is employed.

The International FOP Association is thankful for the commitment of Lori, Ken and Erin Danzer for spending the last seven years raising awareness and much-needed funds for the fight to end FOP. 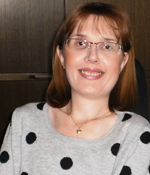 The year was 1988. IFOPA was founded in the U.S., and across the ocean in the Serbian capital city of Belgrade, 9-year-old Jelena Milosevic became the first person in her country known to have FOP. Four years later, Jelena met Dr. Kaplan at the University of Pennsylvania. And in 1994, the teen traveled back to Orlando for the inaugural international FOP convention. “That trip, and meeting IFOPA founder Jeannie Peeper, changed my life. I realized we are not alone in the world.”

Back home, Jelena began dedicating herself to advocating for disability rights and serving as a stronghold of support and communication for FOP patients in Serbia and nearby countries. She has served as the youngest vice president of Belgrade’s Muscular Dystrophy Association and co-founded Serbia’s National Organization for Rare Diseases. Jelena is a member of IFOPA’s International President’s Council and the FOP Connection Registry Patient Advisory Board.

Jelena’s dedication and accomplishments continue to touch the lives of fellow patients, while raising awareness of FOP across Serbia. In 2014, Jelena organized the country’s first FOP conference, with Drs. Fred Kaplan and Eileen Shore as keynote presenters. The meeting garnered national media coverage and affirmed for Jelena the importance of education and awareness building for families who feel alone in their journey.

She expresses her philosophy of living life to the fullest: “FOP is certainly a big and important part of our lives, but it is not the only part. I believe we all need to find something we care for and love doing, and then dedicate ourselves to that, despite the disease. I love education, reading, writing and translating. . . that’s what makes me feel free.”

Jelena holds masters’ degrees in both English and Political Science. She hopes one day to continue her studies abroad. She lives in Belgrade with her parents.

The International FOP Association is indebted to Jelena for her work to raise awareness and support the FOP community in Serbia and Southern Europe and actively serve on the International President’s Council and Patient Advisory Board for the FOP Connection Registry. 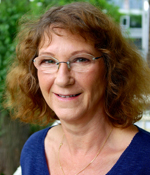 In 2004, Irene founded the Dutch FOP Foundation. As its president, she has helped the country’s nine known patient families to share information with one another. Irene has also worked tirelessly to centralize all FOP patient medical records and anatomical samples, giving the country’s FOP researchers and collaborating agencies far greater access to vital data — a truly exceptional model for every country with its own national association.

In 2009, Irene became IFOPA’s International President’s Council (IPC) member for the Netherlands. She offers other parents crucial advice she learned by experience. “I found one less-published trigger for flare-ups is emotional stress. I tell parents to help their children stay calm during school exams, and urge them to take notes about the flare-ups, treatment and outcomes.”

Irene is retired from her role as President of the Dutch Foundation.

The International FOP Association is grateful to Irene for founding and leading the Dutch FOP Foundation for 12 years and appreciates her continued leadership through the IPC.